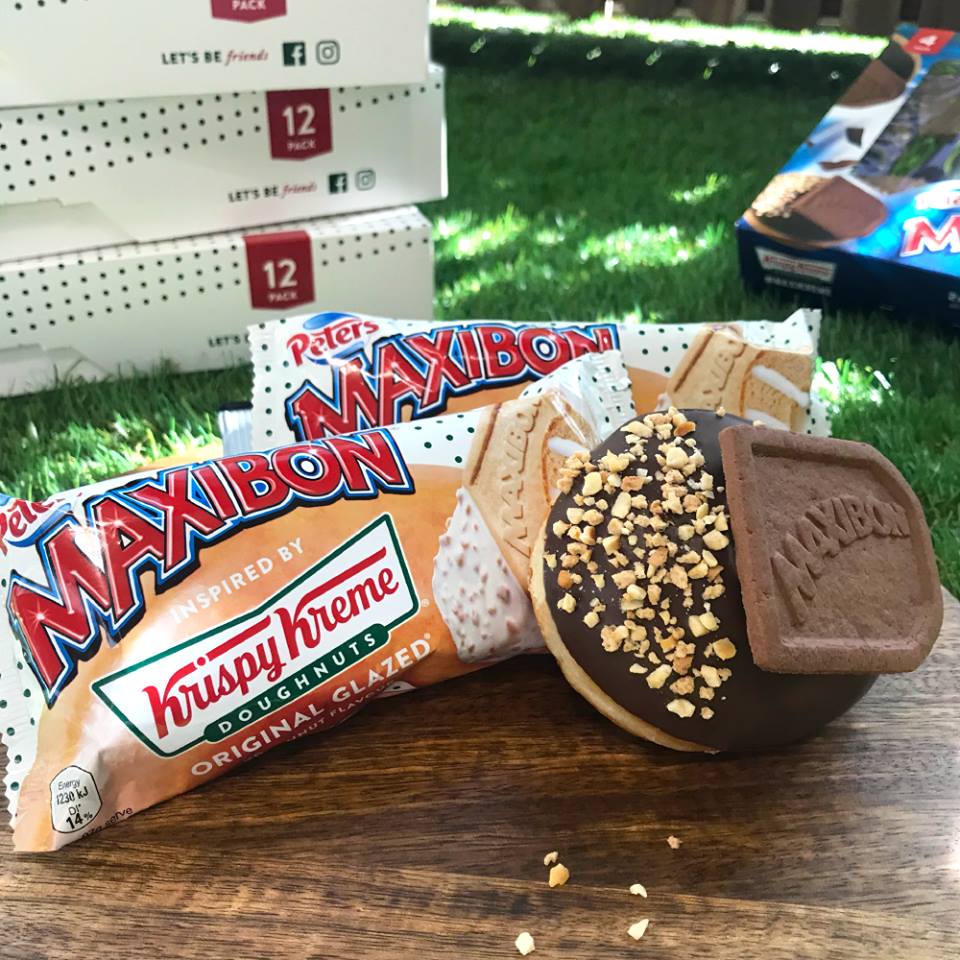 DROP EVERYTHING! KRISPY KREME AND MAXIBON® ARE COLLABORATING

SYDNEY, 30 JULY 2018. In a union grander than Harry’s and Megan’s, two iconic brands are bringing together the best of both worlds, joining forces to launch not one, but TWO limited-edition treats.

Never worry about choosing between doughnuts or a frozen sandwich again, with MAXIBON’s ® mouth-watering take on the partnership. Flavoured to perfectly match a Krispy Kreme Original Glazed Doughnut™, each bite of the new MAXIBON® will ignite delight for the taste buds.

Similarly, Krispy Kreme’s delectable creation is a new version of its classic doughnut, filled with light vanilla chocolate chip crème and topped with a smooth milk chocolate coating, hazelnuts and finished with the iconic MAXIBON® biscuit.

“We wanted to create an awesome representation of the classic MAXIBON® in a doughnut that our customers would love,” Tasha Kaur, Food Technologist at Krispy Kreme said.

“Thanks to MAXIBON®, this is the first time ever that people will be able to get Krispy Kreme from the freezer, exclusively at 7-Eleven!” Russel Schulman, Head of Marketing at Krispy Kreme said.

“MAXIBON® and Krispy Kreme are snacks that consumers know and love, and what makes this collaboration so unique is to be able to create those amazing flavours in a new format!” Ms Munday said.

The tasty new treats will be available from 31 July with a limited supply for lucky customers. The MAXIBON® RRP is $4.50 and the doughnut $3.50.

The Krispy Kreme and MAXIBON® fusions won’t last long, for further information on this limited-edition range of treats, visit https://www.krispykreme.com.au/news/101/maxiboncollab